The time has finally come for us to announce the name of our haunt and—drumroll please—the project will be further known as: The Nevermore Haunt, at Old Town, Baltimore.

The Nevermore—which stems from famed Baltimorean Edgar Allen Poe’s iconic 1845 poem “The Raven”—was selected from a long list of Poe-inspired titles. While the name is derived from Poe’s legacy, The Nevermore won’t be a Poe themed haunt.

“The Nevermore” instead refers to the actors and creatures inside the haunt, which were alive once, long ago, but are no longer and never will be again—alas, nevermore.

It also speaks to the fleeting nature of live theater. While a storyline has not been set for the haunt just yet, each visitor’s experience will be unique and adlibbed based on the visitor’s reaction. The story will morph over time as the actors evolve their characters each night so that no performance will happen that same way again. 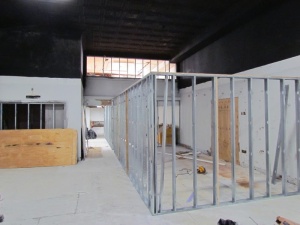 We’ve done more than just sit around a table throwing names into a pot, though. Construction has continued for the old Kaufman’s Furniture Store space. We’ve built new walls to finish framing the space since gaining power last month, and plumbing has begun this month and should be completed by March.

Next month, we’ll be attending the TransWorld 2016 Halloween & Haunted Attractions Show in St Louis, the largest haunt show in the country, where they actually have classes and seminars where haunt owners and operators sit around and discuss how to scare people better.

While we have some boring administrative stuff to take care of, we plan on brushing up on the latest in haunt technology to make The Nevermore Haunt one of the best haunts in the region. 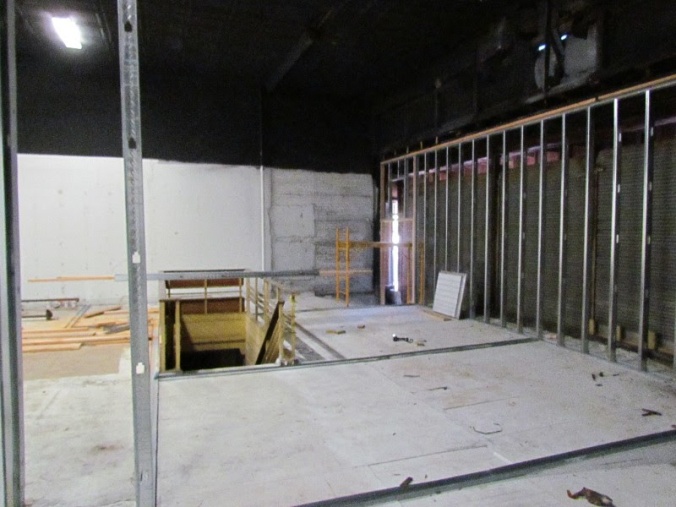 The last month has been very busy for Engineered Fear Productions, and we’re excited to announce: We have power!

For two years we have been using flashlights and generators for power in order to complete our projects and promotional videos. Now that we finally have power, we will be able to do a whole lot more with the space that we have. Its a huge milestone for us because once the power is on, the rest of the construction will finally be able to be completed.

The lights were turned on to the Kaufman’s Furniture store building in Old Town Mall earlier this month, and the space transformation process is underway. We’ve painted the walls and ceilings, resembling a sort of soundstage look. We plan to frame the space and installing proper plumbing next month. 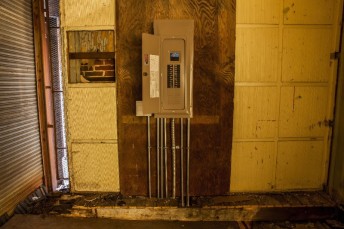 As our construction process continues, we will continue to update and inform you the details of the project. October is just a mere 9 months away, and we need your help to spread the word! Please visit our website or our Facebook page and share our project and event with your friends. Encourage them to sign up for our newsletter and stay tuned for additional updates next month!

We know we’ve been a bit silent since the Kickstarter campaign ended earlier this year, but we have some great news: We’re funded and will open October 2016!

We received funding for the Baltimore Haunt in September and have made strides in renovations to the old Kaufman’s Furniture store building in Old Town Mall, starting with electrical wiring. Power will be fully restored to the 4-story, 40,000-square-foot space in January 2016.

Once the wiring is complete, the next step will be framing the space and installing proper plumbing. The building has been sitting vacant since Kaufman’s shut its doors in 1997, but it still holds a sense of charm and character that we plan to keep intact through the renovations and incorporate into the haunt’s story line.